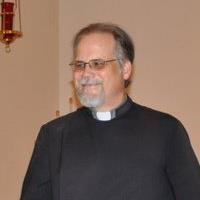 It is a mystery that more books have been written about than I can count. It is a puzzle that has never been seen in the history of the world but once. It is a question that has sparked discussions among scholars for years and years, and there seems to be no answer that they can agree on. What is this question that has stumped the experts for so long?

How did the early Christian church grow so much, so fast, that it changed the world? In all of histor,y there is no precedent to explain it. There has never been a philosophy, a movement, or an idea that has exploded on the world, so fast as the Christian church. It literally went from nothing, to worldwide in less than 100 years; and in less than 300 years became the dominate philosophy of the world. Remember, this is all in the days of no TV, no newspapers, no phones, nothing that we use to communicate today. How did a group of 12 scraggly, uneducated men,change the entire world to the point that we base our history, our years, our legal system, and more on what they taught?

There seems to be no answer, not in all of history, not in modern thought, no scientific explanation. No answer execept one... Easter. Easter, it happened. One event, on one specific day, is the only answer to this question. It is the only logical reason. It is the only thing that makes sense. Easter.

A man rose from the dead, not in stories like the ancient fables told. No, in actual reality, a man rose from the dead, no fables, lies, or story...just fact. A fact that has been argued, fought against, denied, reviled, and laughed at, but still a fact that cannot be changed. It is the only answer. What happened that first Easter was so far beyond anything you or I have ever experienced, ever known, or even imangined- happened. Jesus rose from the dead, and in that split second of time everything that the world had ever known about death changed. Man could live forever. Death was not the end. It was radical. It was unbelievable. It was hard to accept. It was true.

My wife, Debra, and I were married on September 21, 1996.  We have two sons, two awesome duaghter-in-laws, and seven grandchildren.

We both attended Lutheran Churches in our early chldhood, and feel that the theology presented is correct.

My faith to me means I have a wonderful Father who looks after me, always.  I am blessed to serve Him and those whom He puts before me, and to share Him with those who need to feel His love for us.

I would like to share a verse that tells us that our comfort is only in the Lord.

Jeremiah 29:11 "For I know the plans I have for you," declares the Lord, "plans to prosper you and not to harm you, plans to give you hope and a future."

We are here to serve only Him and to reflect His love, mercy, forgiveness and grace with His children.

My wife, Mary, and I were married on June 15, 1991. I have one daughter: Rebekah; one step-daughter: Theresa; two step-sons: Joshus and Matthew; and six grandchildren: Tyler, Katelyn, Amber, Nathan, Ethan, Zachary, and Matthias.

I have lived in Cedar Hill for 20 years, and grew up in Jefferson county. I am a heating and cooling technican. My second hobby is hunting; rifle, bow and/or black powder. My first hobby is learning and teaching about God and His holy word.

I joined Cedar Hill Lutheran in November 1998. It is one of the few churches, I believe, in the area that not only preaches from the Bible, but also practices from the Bible (not man made). It also has a genuine family atmosphere.

My ministry, as an Elder at Cedar Hill Lutheran Church, is to be a servant of Christ and to our church family through the power of the Holy Spirit and the grace and mercy of our Lord.

My wife, Lori and I were married on September 8, 2012 at CHLC.  I have lived in Jefferson County for most of my life and am employed as an Architect.  I was baptized and confirmed a Missouri Synod Lutheran as a child, and take comfort that our doctrine is Biblically correct.  I firmly believe that our faith is strengthened and grows through the Holy Spirit, with regular fellowship, prayer and Bible Study.